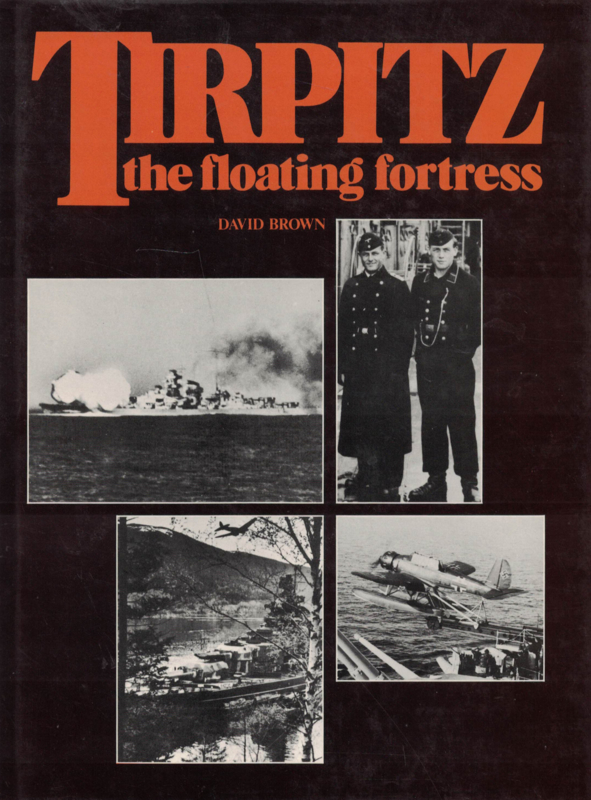 This is the story, in words and pictures, of 'the lone wolf of the north' - the largest battleship ever built for the German Navy. Launched in 1939 and commissioned in 1940, she was not completed until February 1941, and was running sea trials in March of that year - two months before the spectacular sortie of Bismarck, her sister ship. Bismarck's foray into the North Atlantic provided ample evidence of Tirpitz's potential. Although it ended in her destruction, it created a serious crisis for the Royal Navy while she was at large: not only did she sink a British capital ship, Hood, but she forced her opponents to mobilize a total of 7 battleships, 2 aircraft carriers, 12 cruisers and 5 destroyers to hunt her down and sink her. In marked contrast to this, Tirpitz's career was to be a negative one, essentially strategic, but nevertheless of considerable consequence.

Lurking in a Norwegian fiord, Tirpitz posed a constant threat to the heavily-defended Allied convoys that plied between Britain and the North Russian ports, and seriously limited the operational scope of the British Home Fleet. For nearly three years, she constrained the Royal Navy to retain two modern battleships in northern waters, plus an aircraft carrier that would have been much better employed in other theatres of the war. Attempts to winkle Tirpitz out of her lair were as unsuccessful, however, as the attacks made on her up to September 1943. Thereafter, she came under regular air attack and, between January 1942 and November 1944, was subjected to 13 attacks by a total of 600 British aircraft. And, in the end, the aircraft triumphed: on 12 November 1944, 29 Lancasters from Lossiemouth inflicted such damage on 'the floating battery' that she capsized. The latent threat was finally eradicated.

TIRPITZ the floating fortress is the full story of her design, construction and career. It includes five maps, a large foldout set of line drawings (by Alan Raven, co-author of British Battleships of World War Two), and over 200 photographs, most of which have never been published before.