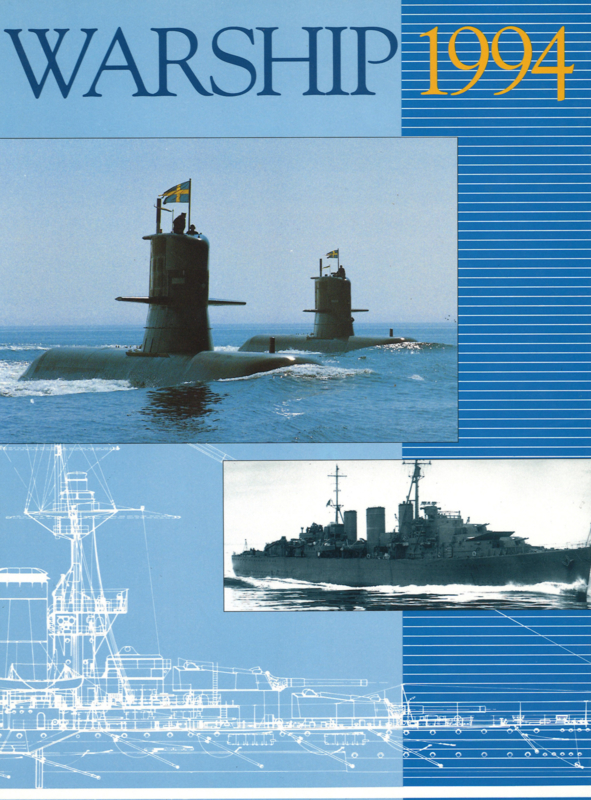 Warship is an annual publication devoted to the design, development and service history of the world's combat ships. The contributors are well-known authorities and so detailed and accurate information is the keynote of all the articles - fully supported by plans, tables and photographs.

Volume XVIII includes:
FRENCH SAIL-OF-THE-LINE IN THE NAPOLEONIC WARS
Steve Marthinsen describes how Napoleon set about rejuvenating the French Navy after its near destruction during the Revolution.
THE SWEDISH MONITORS
The adoption of the Ericsson monitor by the Swedish navy in the years after the Crimean War is described by Daniel G Harris.
NAVAL KITE TRIALS
A short-lived attempt to adapt kites to naval service around the start of the twentieth century is outlined by R D Layman.
THE BALTIC DREADNOUGHTS
Stephen McLaughlin argues that the usual criticisms of the Sevastopol class were based on a mistaken assumption of their intended role.
'THE HATBOX': HMS ARGUS
Keith McBride describes the origins and the evolution of the world's first true 'Flat Top' aircraft carrier.
THE 2400-TONNES SERIES
John Jordan argues that the eighteen ships of this four-funnelled class formed the backbone of the interwar contretorpilleur.
THE SINKING OF THE BISMARCK
The authors give a factual account of the known damage inflicted on the Bismarck during her final voyage together with a brief commentary on that damage.
TYPES 35 & 37 TORPEDO-BOATS
Pierre Hervieux provides a brief history of the of these German ships during the Second War
THE ORIGINS OF CANADIAN CARRIER AVIATION
By 1942 the Canadian government had come to the realisation that naval air forces were essential for the successful conduct of the war at sea. Thomas G Lynch describes how this came about.
THE ABDIEL CLASS
This class of fast minesweepers proved to be of great value to the Royal Navy and had a truly legendary speed. Richard N J Wright describes their origins and war service.
SOVIET CRUISERS
The design backgound, construction and service histories of the Chapayev and the derivative Sverdlov class cruisers are described by V V Jarovoj and René Greger.
KOREA AND US MINESWEEPERS
Norman Friedman describes the development of the US Navy's new generation of postwar minesweepers in response to new technology developed during the Second World War.
SWEDISH POSTWAR SUBMARINES
David Millar gives a detailed account of the origins and intended role of these warships.
WARSHIP NOTES
Short articles devoted to some intriguing backwaters of warship history.
THE NAVAL YEAR IN REVIEW
A summary of the significant events and developments, compiled by Ian Sturton.