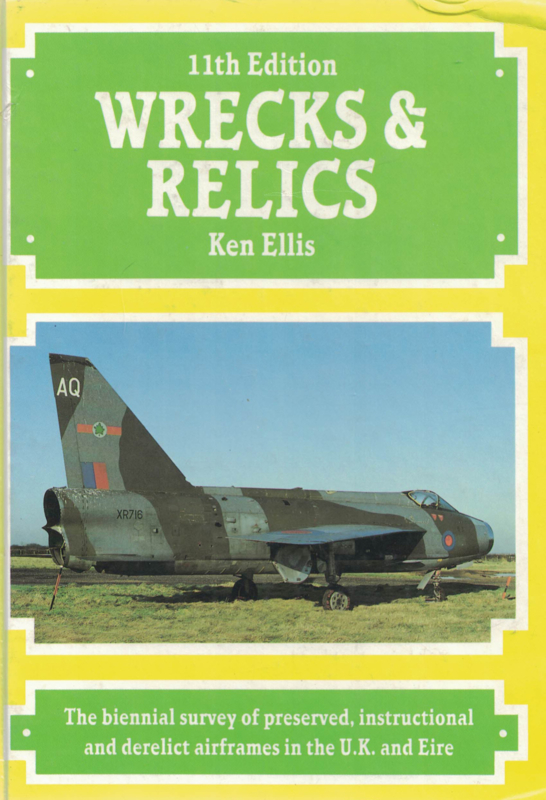 When the current scribe took the helm of Wrecks & Relics way back with the Fourth Edition in 1974 a regular publication cycle was established which clearly was well greeted by the readers. The Eleventh Edition (or perhaps it is just life. . .) has turned out to have been more problematical and will accordingly hit the streets late. The letters and 'phone calls from concerned followers and the Hr Angries have been both pleasing and upping my miffed-factor respectively! To the former I hope that it was all worth waiting for to the latter can I direct you to the foot of page 222?

While there are no 'new sections as such, the entire work has been given a rethink and a complete revision. So-called new technology has allowed the book to come down in pages but actually up in wordage. This edition also sees the launch of a brother (Or is it sister?) in the form of European Wrecks & Relics with a very brave Mike Eursell taking on the task of putting it together - further details on page 223.

As ever, a large number of people have given a band in the compilation of this tome and they are mentioned below and in the following pages. Contributions from readers are vital to Wrecks & Relics and will me made most welcome via the publishers, address below. Coping with slipping deadlines and a slipping, lined and near-dead compiler with great patience and much encouragement have been the following individuals to whom go my many thanks John Coghill, Trevor Green, Dave Peel and Roger Richards looked after the production-checking phase. . Alan Allen provided much detailed research work and cross-checking. Alan Curry looked after the bulk of the photographic coverage and editorial life-support fluids!. Bay Risdon produced the artwork, despite the fact that the commission was outlined on the back of a bus ticket! Many thanks to Duncan Cubitt and Felicity McAuley of Key Publishing. The publishers, in the form of Neil Lewis and Chris Salter have been not just patient but constantly making inputs and improvements.

This book would not have seen the light of day without the dedication and hard work of Tom Poole who has provided an exceptional amount of cross-checking, refining and research, His personal support and encouragement are gratefully acknowledged. Finally I must acknowledge Deep Fraught the computer who quickly taught me that without him, anything is possible! Gulp, last chance for submissions to Wrecks & Relics 12 is December 31, 1969.