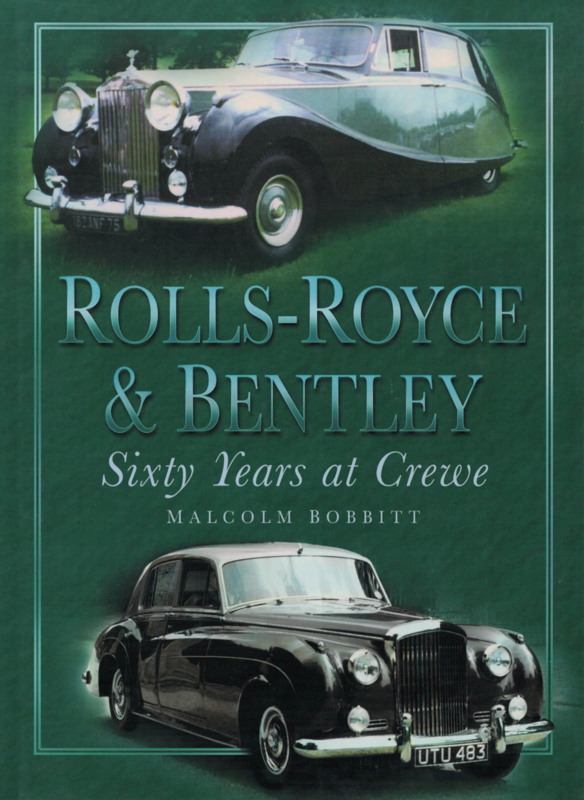 In 1998 Rolls-Royce celebrates the 60th anniversary of the opening of its Crewe factory, the home of the company's car production since the Second World War. Malcolm Bobbitt's fascinating new history gives a revealing account of the marque's postwar past, looks at its unique approach to car-making and assesses the extraordinary cars that have confirmed its long-standing reputation for excellence.

His narrative explains the move of the company's car production from Derby to Crewe just after the war and takes the story through the successfull 1950s and 1960s. He recalls the near bankruptcy of the company in the 1970s and its subsequent recovery, and finishes with a description of the company and its remarkable cars today in light of the 1998 sale to Volkswagen and the acquisition of the Rolls-Royce name by BMW.

The author concentrates on the evolution of the characteristic models - the Bentley Mk VI and the R-Types, the Silver Wraith and Silver Dawn, the Silver Cloud and Silver Shadow and Silver Spirit - and he looks at the recent revival of the Bentley marque which recaptures the spirit of the cars' prewar sporting history.

The book also remembers the notable individuals who played a vital part in the creation of these famous vehicles, and it describes the company's organization and its meticulous methods of design, testing and construction.

Rolls-Royce & Bentley: Sixty Years at Crewe offers the reader a rare insight into the history of one of Britain's most distinguished companies. It will be of particular interest as Rolls-Royce faces up to the challenges presented by other luxury car-makers and meets the demands of the modern motor industry. The book will be essential reading for all Rolls-Royce and Bentley enthusiasts and owners, and for motoring historians, and it will be of special interest to all those who have been associated with the Crewe factory over the last sixty years.