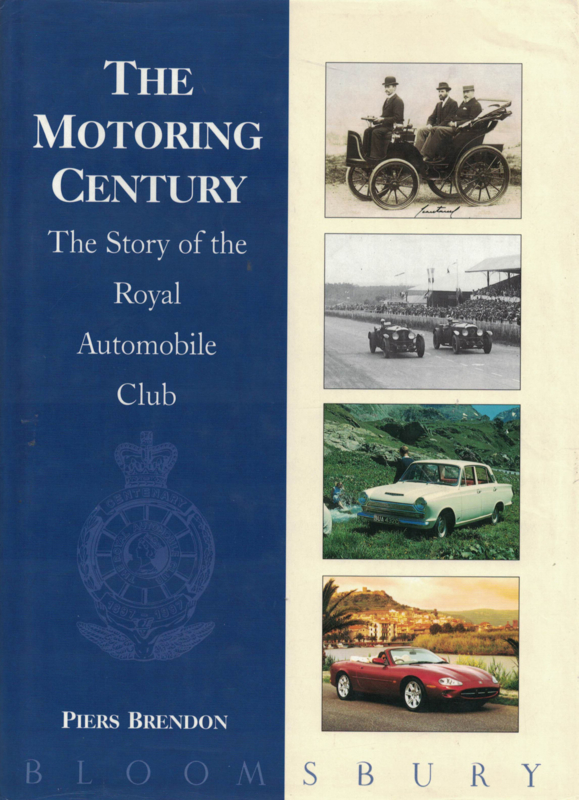 From tge advent of the horseless carriage to the age of the stretch limousine, the Royal Automobile Club has been the 'Parliament of Motoring'. The Motoring Century, which combines text based on a wealth of material and illustrations drawn from many original sources, is the Club's centenary history. But the book gives both more and less than a frill account of the RAC: less in the sense that it is not a total record of the work of the institution; more in that it makes the Club the focus of a larger story, one which traces the controversial journey of the car through a hundred years of British life. It is a story that has never before been told.

In 1890 the average distance a Briton travelled was 13 miles a year, whereas in 1990 it was 13 miles a day, nearly all that distance by courtesy of the car. The automobile has spawned new industries and transformed old patterns of behaviour. It has improved access to culture, leisure and health. It has encouraged the emancipation of women and augmented the freedom of men. It has altered the very topography of the kingdom, reshaping cities, extending suburbs and opening up the countryside.

However, the motor car has always been a cause of contention. From Edwardian 'motorphobia', via interwar strictures on 'carbarians', to the 'automotive nightmare' of the 1990s, the car has been fiercely condemned as well as ardently championed. Despite the appearance of smooth, effortless acceleration in public esteem, its ride has always been bumpy.

The Motoring Century is a portrait of a remarkable and enduring organisation set against the turbulent and colourful hundred-year story of motoring in Britain.