Brotherhood of the Cauldron (2e-hands) 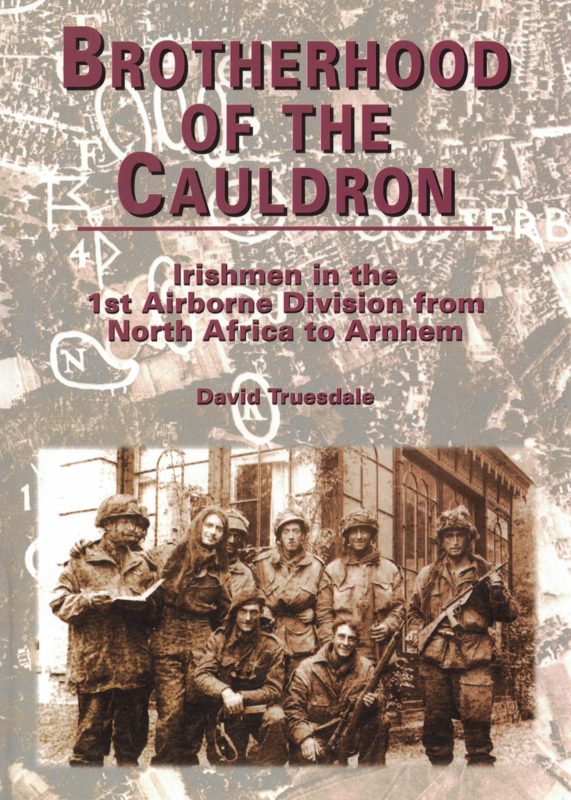 Brotherhood of the Cauldron tells the story of some 300 men who served in or with the 1st Airborne Division during the Second World War. These men came from all of the counties of Ireland, both the 'loyal' north and 'neutral' south, and many were awarded decorations for bravery, including one Victoria Cross.

Ten years of research, including trips to the battlefield and interviews with many veterans, has produced a work that will benefit not only those interested in the Arnhem operation, but those seeking information on their family histories. More than 200 photographs accompany the text; some will be familiar to students of airborne operations, but in many cases the captions identify men previously unknown. Other photographs are being published for the first time, some being reproduced from old newspaper cuttings or well-worn snapshots taken from the backs of drawers or wallets, where they have lain forgotten for many years.

For a few men the war was a horror best forgotten, for others a defining point in their lives, but for most it was simply something that had to be done.