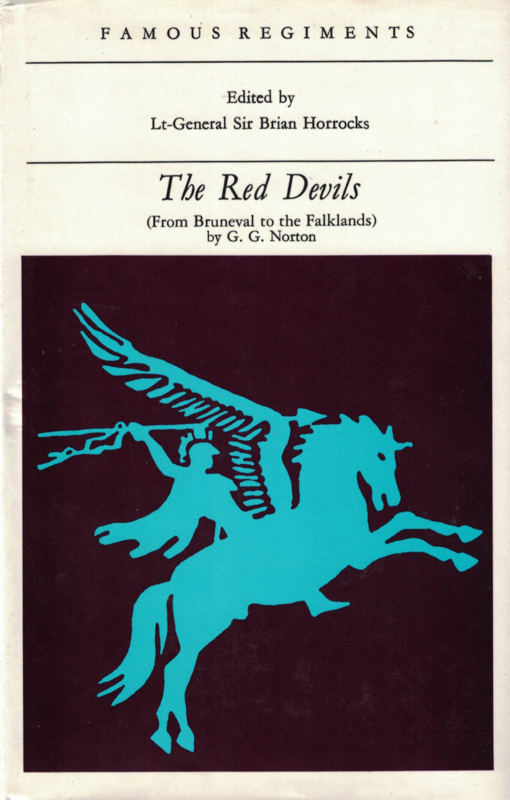 From Bruneval to North Africa, from Normandy to Suez, by parachute and glider the men of the Airborne Forces have gone by air to battle. But their activities have by no means been confined to purely airborne operations - the Special Air Service performed prodigies of valour behind the German Lines in the Western Desert and Italy; the Glider Pilot Regiment fbught beside their infantry comrades in Normandy, at Arnhem and across the Rhine. Their post-war successors, maintaining these traditions, have stood between Jew and Arab in Palestine; fought and sweltered in the jungles of Malaya and Borneo; sweated in the Persian Gulf and the Radfan; choked on the summer dust of Cypriot roads; tasted the grit and sand of Egypt and Jordan in their mess tins; spent more than a decade facing terrorist ambush, bombs and bullets in Northern Ireland; experienced the subzero temperatures and biting arctic winds of the South Atlantic and 'tabbed' across the Falklands to spearhead victory in 1982. Nor should the aircrews who flew them be forgotten, or the air supply despatchers who maintained them, and the units who supported them.

With well over 100 photographs and illustrations this book is a comprehensive single-volume history of the Airborne Forces. Accounts are given of the airborne actions fought by the British Army, whilst the development of the parachute assault and the use of glider-borne troops can be followed from their infancy to the massive coup & main technique employed in the Rhine Crossing.
Major G. G. Norton was Second in-Command of Airborne Depot and established the magnificent Airborne Forces Museum in Aldershot in 1969. Retiring in 1982 he is again Curator of the Museum and well qualified therefore to write about the Force to which he obviously has such attachment.

Major G. G. Norton was commissioned into The 1st Battalion, The Middlesex Regiment in 1948. The Battalion was sent to Korea in 1950 as part of the first British Contingent to the United Nations Forces. On returning to Britain he served a period as Adjutant at the Regimental Depot, subsequently volunteering for service with Airborne Forces in 1952. He served with The 3rd Battalion The Parachute Regiment in Egypt and Cyprus during the EOKA campaign. In 1956 he commanded Support Company of the Battalion in the airborne assault on Port Said in the Suez operations. In 1957 he rejoined The Middlesex Regiment in Cyprus for the remainder of the emergency period, where he was mentioned in despatches.

He completed three tours of duty in the Congo between 1960 and 1963 and was decorated by the Austrian Government with the Silver Order of Honour for a rescue operation against rebel troops in the Kivu Province at Bakava.

Soon after being seconded to Airborne Forces for the second time, in 1967, he was appointed Second-in-Command of the Depot the Parachute Regiment and Airborne Forces.