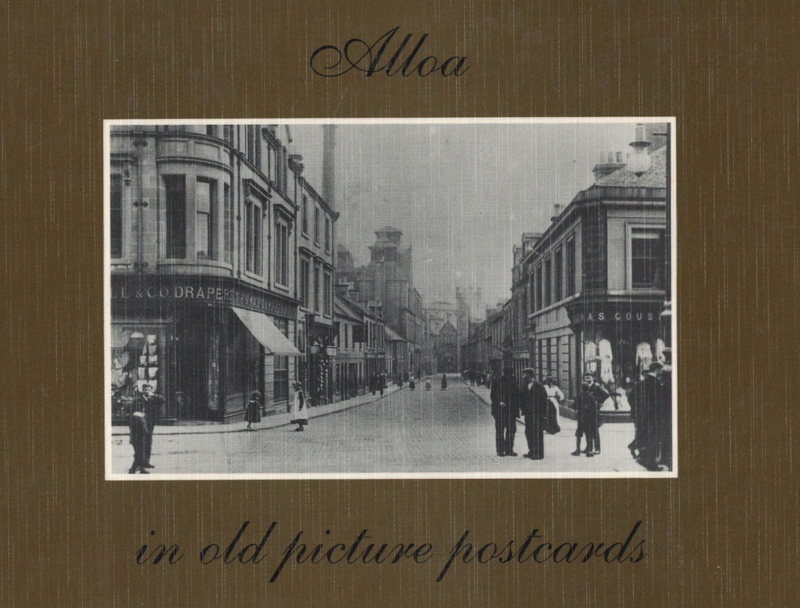 Unlike its counterparts to the east and west Alloa enjoyed neither royal patronage nor a central strategic position in the kingdom of Scotland. Whereas Dunfermline functioned as the country's ancient capital and Stirling controlled the marshy approaches between the south of the kingdom and Alba to the north, there was no obvious geographical or political reason why a settlement of any importance should spring up on the carseland near the mouth of the Brothie Burn. Even when considered on a local scale the tower of Clackmannan with its tail of houses on the sloping ground to the east would have appeared of greater significance to the medieval observer. Alloa's rise to prominence was to be belated and owed much to the fortunes of the local Erskine family. Sir Thomas Erskine was granted the barony of Alloa in 1398. Nearly a century later, in 1497, the village was recognised as a burgh of regality infavour of the then Lord Erskine.

It is around this time that both Alloa lower and the local harbour make their first appearance in contemporary documents. When trade took off in the early eighteenth century it was as a result of the Erskine family exerting political pressure to secure a local Customs House. Aba Tower had by this time expanded to include a courtyard of tall buildings to the east and the old town by the Brothie Burn was now connected with its harbour by the wide and elegant thoroughfare of John Street and Lime Tree Walk. Of even greater importance for the town was the construction of Gartmorn Dam across a marshy hollow to the north-east of the town. This was to provide power not only for the draining of the Earls of Mar's mines but also for the mills and other developments downstream.

Although the involvement of the Erskine family with the 1715 Jacobite rising and the subsequent forfeiture of their estates did little to help the town (which, ironically, yielded few recruits for the Stewart cause) the setback was only temporary. By 1750 the Erskine family was involved in setting up Alloa Glassworks and within the next twenty-five years the improved port of Alloa was exporting over one-third of Scotland's total coal production. It was also in the late eighteenth century that such Georgian extensions as Cowie's Loan (Mar Street) and Forth Street were feued out by the Erskines.

The early nineteenth century brought its own badges of progress. Between 1801 and 1851 the population of the parish increased by some 82% to nearly 9,500. A new Academy was opened in the 1820s, a grain market was established and the town boasted both a subscription library and a news-room. As the town moved into the photographic age, two local newspapers were established in the 1840s. At the end of the decade the Stirling-to-Dunfermline railway line cut its way through the north side of the town and the first passenger service was established. By now industrial growth was rapid. There was a clutch of breweries in different parts of the town, Paton's textile operations were flourishing and the distilling, rope-making and glass-making industries were all well-established. The ceramics and shipbuilding industries were also in evidence. To the north of the town the coal reserves around Sauchie were being extensively exploited. In 1854 the cumulative effect of all this activity was recognised when Alloa became a police burgh run by Commissioners rather than the former Town Trustees.

This is the historical framework for all the pictures which follow. Although each one is tinted by the peculiar circumstances of its time, whether the demise of the Old Town to make way for industry in the late 1860s, the modernisation of retailing or the crisis of the First World War, they are all reflections of Alloa in an age of vitality.